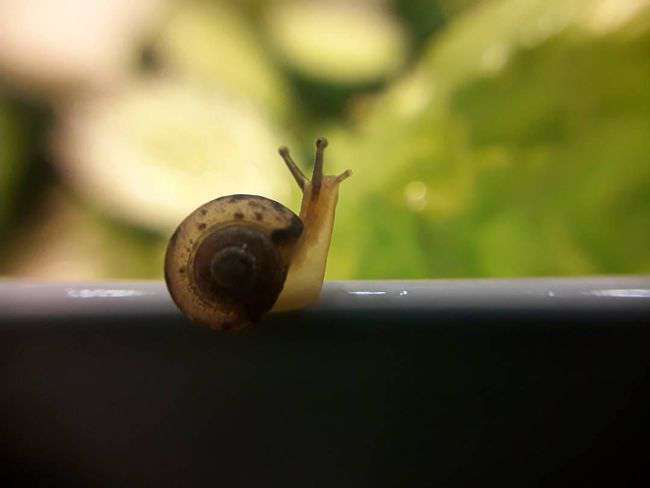 I went out for a run.

I stepped out into the evening air of Vilnius and felt the fresh summer breeze drifting by. With my shadow stretching in front of me, I saw a school stadium approaching, covered in tiny rocks. I breathed deeply into my lungs until they were filled to the brim. After my two years in Beijing, I only wanted to breathe in, sip air into my lungs, and breathe out, enjoying myself in the cheering freshness of the air.

Little by little gained momentum and before I knew it I completed my first circuit. Halfway into the second circuit, I saw a snail on the running track and a red Coca-Cola cap lying sideways. Although there was grass just a step away, the snail was slowly making her way across the track with her delicate tentacles sticking out. She looked just like me: on her evening mission to go for a run to vent thoughts and feelings. I thought to myself that this was not typical of snails… But who knows…? After I finished a dozen circuits I noticed that the snail had moved forward one meter and still looked agile. After completing twenty circuits I told myself to stop and, as I approached my fellow runner, I looked with admiration at the distance of nearly two meters she had “run”.

Lezione di vita: we left the red cap behind us and I was thinking to myself how wonderful it is to have your own pace. Or, in other words, to run at your own pace. The twenty circuits I had completed hardly looked more impressive than the two meters she had elegantly crawled.

On my way home I was overtaken by a sense of joy.

I did not feel alone. I thought to myself that it would be great to meet my fellow runner again the next day and go for a run together.

A friend invited me for a yoga session, by a yogi from India. It happened so, that I couldn’t go, nevertheless I pressed the button to read the description. A single sentence grabbed my attention - ‘You must understand that your current... Continue →