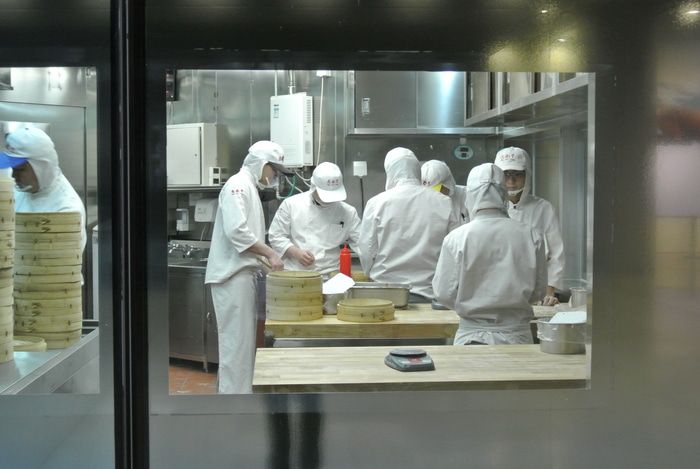 I spoke about hunger in my very first book Touching Mars.
‘Hunger is my ally, it is always by my side’ I wrote.

The other day I was ‘diving’ in my archive photo folders and suddenly felt unbelievably hungry again. Hungry for traveling, hungry for new experiences, and hungry for Asian food. The lunch hour was hitting my stomach when I found a blurry photo. I had to save and share that write-up. The little ‘lift-me-up-to-never-give-up’ story that I captured from my favorite

‘What began as a mom-and-pop cooking-oil shop has evolved into the home of what is arguably the world’s best xiao long bao, a type of steamed bun filled with broth (In English, the xiao long bao is often called a soup dumpling, though it isn’t really a dumpling at all.). Bingyi Yang, a mainlander from Shanxi Province, and his wife, sold in bulk until canned oil became readily available in the marketplace. As their business faltered, they turned part of their shop on Xinyi Road into a xiao long bao stand. Practically since they served their first bamboo basket of translucent Shanghainese buns, there has been a steady line outside the place – and they have expanded internationally, with more than fifty outlets around the world. While the menu has expanded to feature a range of steamed and fried dumplings, fried rice, soups, and noodles, you can still watch the artisans expertly pleating each soup-filled bun amid towers of steaming baskets in the open kitchen. Each bite-size bun has precisely 18 folds, and is a perfect package, implausibly delicate, that sags when grasped between a pair of chopsticks, and tastes as perfect as it looks. Can the birthplace of a worldwide dumpling chain really be the best restaurant in Asia? One bite of Din Tai Fung’s xiao long bao should answer that question, in the affirmative.‘

It feels that, if you’ll consciously live your life it all will definitely come.

Just the thought by Jim Carrey met by my eyes confused me like crazy: ‘I guess just getting to the place where you have everything everybody has ever desired and realizing you are still unhappy. And that you can still be unhappy is a shock when you have accomplished everything you ever dreamt of and more and then you realize, “My gosh, it’s not about this.” And I wish for everyone to be able to accomplish those things so they can see that.’ (Jim Carrey: “There is no me”, 2018)

I just can’t wear black anymore… I whispered to myself this morning looking at my own reflection in a mirror. Recently I noticed that I am wearing too much black. Specifically, during the weekdays - Monday to Friday. Black, Black, Black…... Continue →