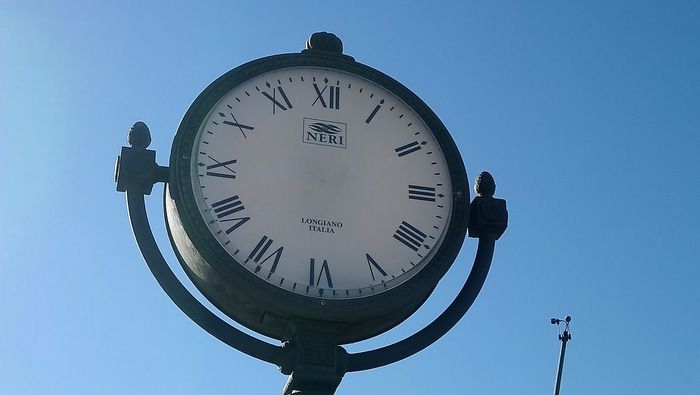 I was on a bus, but just physically, my mind was somewhere else.

Daydreaming, drawing all kinds of visions in my own head.

I was feeling superb, just after the Enso Pilates session (By the way studio Enso in Vilnius – a great place to adjust your body lines!).

From my visions and dreams, I was woken up by a sunray, which like an arrow through the window was pointing me to look at the wall painted over by a graffiti artist or maybe just a random teenager. It read ‘don’t fear to believe’. At the same moment, I felt goosebumps on my arms.

Seconds after I was hit by another thought – just nearby the river that day a wartime bomb was found. It reminded me what Jonas Mekas once said - ‘behind every plan, there’s a ticking bomb’…

My dreams and wishes are not planned!

I just dream, close my eyes and imagine, I fantasize.

Time is irrelevant. (I see a clock without hands further down my way.)
It doesn’t matter when it will happen, what matters is that I BELIEVE. And someone reminds me, DON’T FEAR TO BELIEVE.

Feels good to see and be able to read the signs.
:)

I was really exhausted. That whatever day because of the intense-and-never-ending-7/11-style-KL’s traffic jam I couldn’t reach my home for 2,5 hours. It was late. Finally, I got my GrabCar (Premium) and within financial minus... Continue →